In preparation for the next biggest award, Taiwo Oduala FOUNDER/CEO of Oduataj Entertainment/AFROAWARDS2022, Los Angeles has unveiled the Afroawards 2022 plaque.

The move which started quite some time back has already created waves, and lots of people are anticipating it.

The Afroawards 2022, as we all know is just like other events directed at developing, and impacting the world. The only difference is that this would be done in style.

This event would be a platform to recognize and reward outstanding personalities who have made it a duty to reach out to the world and help in the little ways they can. It would be an event where individuals would be recognized for their humanitarian services.

By humanitarian services, we mean, individuals who have contributed to the development of their various communities, cities, societies, states, etcetera.

Individuals who have aided in economic development in their states, and the country as a whole.

The event would see individuals who have passionately helped the less privileged achieve great things in life being recognized, and awarded for excellence.

Those who have also made it a duty to see the world change, albeit, in a positive way wouldn’t be left out of the process either. 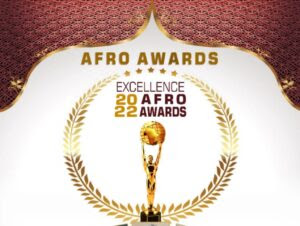 This upcoming big event is slated to take place in Los Angeles, California, the USA on the 29th of October, 2022. Of course, this would serve as the first edition of the event.

The slated date is a Saturday, and the event will kick off with a red carpet at 5pm, after which the award ceremony kicks off exactly 2 hours later, which is 7pm.

The expectations of the fans, and even the organizers are at the peak of it with a bit of nervousness. Many notable figures are expected to grace the event with their presence come 29th October.

The organizers are looking forward to seeing a successful end of the event, and of course, something that would leave you with a reason to be in attendance for subsequent events.

With different plans put in place, and invitations being sent out, hopefully, the atmosphere on that day will be life-transforming.

The event is for everyone, mediocre or not as some might think. The best thing that can happen to you in a while is being present at the 2022 Afroawards.

The world is anticipating, the world is waiting for you. And we say Oduataj Entertainment to the world.